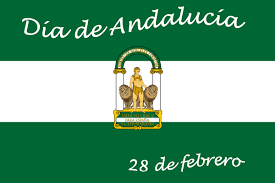 On February the 28th we commemorate the day of Andalusia, because on this date in 1980 took place the referendum which gave Andalusia its status as an Autonomous Community within the then recent Spanish democratic state.

The history of Andalusia is the result of a mixture of cultures over time, as well as different social and political realities.

February the 28th is a holiday and non-working day within the community, and often leads to a long holiday weekend if it falls near the end of the week. This date is traditionally lived with joy and it is commemorated in many points of the community. There is a great influx of people in the main tourist cities such as Granada, Cordoba or Sevilla. 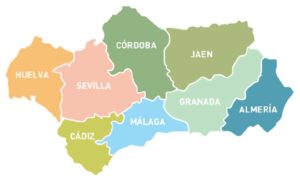 There usually are street activities, cultural events and Andalusian flags hanging from balconies. In the schools it is traditional to carry out activities the previous days leading to this festive day.

Interesting link to enjoy some music from the South, in today’s Huffington Post.